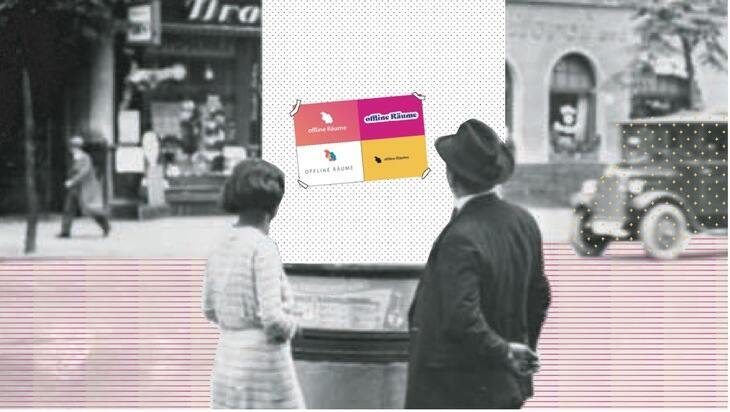 The best-known online dating company "Tinder" advertises 12 million matches every day. However, the number of matches that lead to real dates in the real - offline - world is estimated to be much lower. In the meantime, however, it is not only Tinder, which recently celebrated its 20th anniversary, that helps people to find supposed happiness. Although Tinder is the most popular dating app in Germany with 10.7 million users, there are now several counterparts with smaller and larger differences that are supposed to lead to dating success. The "online dating" market is pluralizing: While "Lavoo" is one of the oldest dating apps, "Bumble" promotes a woman's first step and "OkCupid" has a wide range of filters. As diverse as the apps are:
The places to meet in public spaces on arranged dates are the same.

Unlike smokers' corners on train platforms, the arranged dating meeting places can also be identified through participant observation as diffuse in urban space: they seem unmarked, less striking, and yet unspokenly present. Similarly, arranged walking routes and café meeting points in public places are not. Unlike other location apps such as "Maps" or "Google Maps", the sharing of GPS data helps the user to localize in concentric radii. Viewed from the perspective of two-scale urbanism, however, not only locations and radii can be identified, but also spaces for negotiation. Whether "matching," "catfishing," or "ghosting," all approaches undertaken from virtual to real space proceed in temporal and spatial sequences. The spatial references are thus multi-layered and, superimposed, can make the layer "online dating in urban space," which has long since become everyday life for a young generation, approximately visible.

2022/23: In retrospect, the pandemic has caused some online dating apps to boom. One in four Germans seems to have used them at some point, and just about everyone is familiar with the principle. At the same time, video calls and texting have not only had a significant impact on professional life during the pandemic: contact restrictions have made many offline meetings virtually impossible. While many a professional meeting has been permanently pushed into virtual space beyond the end of the pandemic, private appointments are once again increasingly finding their way into urban space. Whereas the layers "work" and "home" were spatially separated from each other during industrialization, they seem to be overlapping again in the "home office" in 2023.

It is therefore all the more timely to capture the reawakened urban hustle and bustle and the new everydayness in urban space in new layers to be mapped. Online dating - intended for the purpose of real encounters - becomes the object of investigation for the experiment "urban space use post-Corona" to be captured cartographically.
The research on self-representation on dating platforms by social psychologist Johanna Degener has ensured that the object of investigation "dating app" and its influence on our society is also in vogue in the interdisciplinary research landscape. The feminist graphic novels by Liv Strömquist and the best-selling books by sociologist Eva Illouz place the subject area of the new dating app in contextualized relation to social change - viewing the zeitgeist as a consumer society. As multicoded as the topic is treated, the attempt to (graphically) capture the spatialization of online dating seems not to have been made yet.
"Online Dating, Offline Spaces" therefore sees itself as an attempt to make visible the expressions of interest initially obtained "online" as a "match" in the dating app, which subsequently lead "offline" to meetings in urban space, as an everyday layer in urban development - using the example of the Cologne-Ehrenfeld district. The approaches emerging in the research field to capture the spatialization of online dating should represent a first attempt to make everyday urban flows illustratively tangible and, if necessary, to enable spatial statements and references.