You Are Here: Quick Design: derive - Wandering around in Lusatia! - Excursion 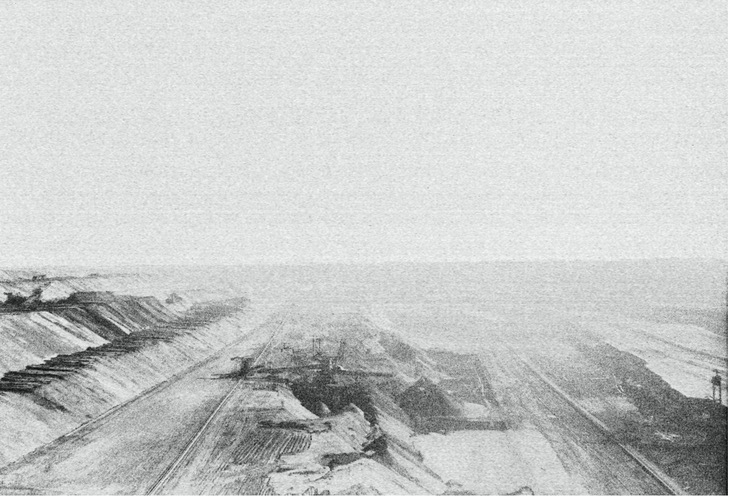 derive – Wandering around in Lusatia!

Where for many decades lignite mining shaped everyday life in the GDR region of Lusatia as "black gold" and thus not only physically divided the inhabitants and politically divided society, the torn identity is also visibly noticeable after reunification and the accompanying drastic closures of a large number of opencast mines.

In 2038, the coal phase-out is to be completed throughout Germany and a new structural change is already imminent. In 2017, the state of Brandenburg and the Free State of Saxony set out on the path to developing a "Lusatia Strategy" with the creation of guidelines for a long-term process, which, in addition to an overall vision, focuses thematically in depth on the areas of economy, research and culture.

Following on from the core theme of "culture", the question therefore arises as to the small-grainedness of this diverse identity, which is fissured by the open-cast mines, defined by a national border into Upper and Lower Lusatia and tangent to a federal border with Poland. What holds the people together are traditions and customs, which are lived out in the life of associations and at festivals over generations.

While the Easter traditions and customs of the Sorbs, a national minority of a West Slavic people, shape the cultural region of their native Lusatia, there are numerous initiatives and institutions that strive to preserve and cultivate this intangible cultural heritage, the Sorbian language and the roots of this long-established minority in the region. The German UNESCO Commission honours this care with the seal "Good Practice Example".

It seems almost contradictory that in the same region inhabitants - "Lusatians" with and without Sorbian immigration history - had to lose their homes in the long term:

80 place names adorn the list of dredged localities that have had to make way for open-cast mining in Lusatia since the middle of the 20th century.

Where today the first open-cast pits are already being flooded, places of community life have literally fallen into the water or have already been buried. If one takes a closer look at the settlement structure, it is mainly clubhouses next to football fields or community centres next to churches that are being forgotten in the process of structural change, along with the cutting down of entire forests and the expropriation of homes.

The American sociologist Ray Oldenburg coined the term "third place" (Oldenburg 1989) for such places. He uses it to describe places between the home and the workplace that have certain characteristics. Conviviality, accessibility and playful interaction are decisive indicators.

The preservation of such architectural addresses is indispensably linked to the cultivation of the intangible cultural assets practised at them:

The beer garden culture belongs to Bavaria like the drinking hall culture belongs to the Ruhr area. Shooting belongs to the rural areas of Germany and kiosk culture to the conurbations - the list of intangible cultural heritage is long and diverse. What unites the cultural assets on it is the fact that their traditions and customs each have an associated architectural dwelling, which, despite often being of little architectural value, seems indispensably linked to the tradition. Despite their raw appearance and functional use, their high frequency of use seals their relevance for the customs practised on them.

The fact that "customs can also be a piece of home in a globalised world" (Kaschuba 2019) was proven in 2015 when refugees moved into the houses of people who had already been resettled in old Manheim. - The village in the Rhenish lignite district, which has not yet been demolished because of the discourse about preserving the Hambach Forest. The refugees now live with the relics of the old inhabitants, who had lovingly designed their Manheim according to their needs and customs, as Maak 2020 impressively describes (Maak 2020). Meanwhile, the old inhabitants of Manheim are trying to rebuild "old-established traditions" in the soulless new housing estates. Customs help them to arrive. While third places left behind also become part of a culture of arrival in a foreign country, it is difficult to recreate the character of a third place in a new settlement in a comparable way. Places with tradition are bound to local conditions and are difficult to transfer.

Although third places are created out of need by the people themselves and could be rebuilt at any time, on the other hand they are bound to their original place by their uniqueness. Especially with the local phenomenon of resettlement, the question therefore arises as to how much identity-forming traditions and customs tied to an architectural dwelling or place are transferable. Traditions need time to consolidate in a new place, so the question certainly cannot be answered in the short term. In order to understand the mentality of the inhabitants of the Rhenish mining area, it is therefore better to ask: Which traditions are so identity-forming that they can be revived as a third place in the resettled new towns, with a new dwelling?

The Situationists already attempted to open up Paris of the 1960s in a new way by means of the "derive" (in German = to wander around) methodology, thus obtaining a different perspective on the city. Radical moves through the city or the intuitive observation of individual islands have enabled a new psychogeographical view of the city. This methodology is now to be applied in the research field "derive! - Wandering around in Lusatia" research field in order to map the small-grained identity in the Lusatian coalfield, which is inevitably linked to the recurring occurrence of several typologies of third places, on a large scale.

The students are supported in this by the illustrator Laura Edelbacher (illustrator of the series "Deutschlandkarten" for ZEITMagazin). Through her guest lecture, they will learn techniques to transform what they have mapped into meaningful infographics.

In the final step, the identity-creating third places will be focussed on and analysed in concrete places using interviews and participant observation, and then depicted in drawings. The result will be an atlas of all the students' work, which in its incompleteness can represent a portrait of the current region that will change in the coming years.