You Are Here: Quick Design: New trivia of the smart city 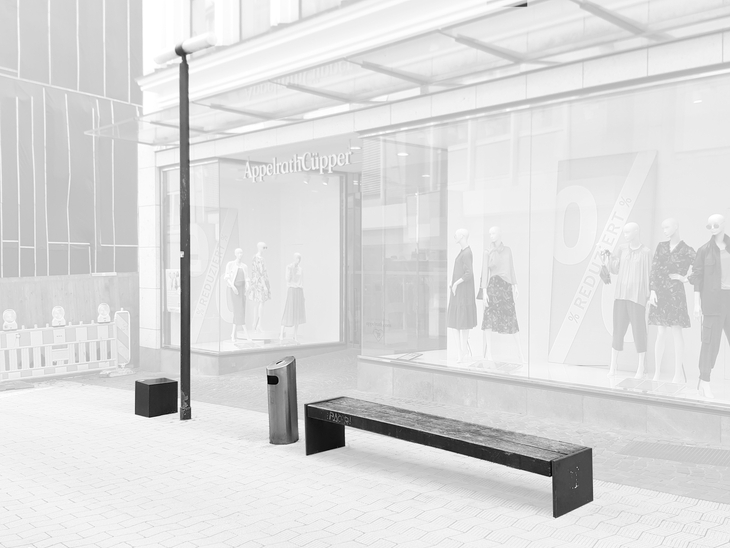 According to Lampugnani, it is the urban trivialities, i.e. the small details of urban space, such as street furniture, fountains or bollards, that shape a cityscape and make it unique. In addition to objects such as benches, which have always functionally (and visually) enhanced the urban space, there are also technical infrastructures, such as telephone booths, which bring new added value and at the same time shape the cityscape (example: telephone booth in Great Britain by architect Sir Giles Gilbert Scott).

Currently, more and more technical infrastructures for smart cities are entering the urban space. From new 5G transmission systems to sensor technology for parking space monitoring. Many of the applications for smart cities bring physical components that are often neglected in urban design and currently devalue our cities rather than add unique character.

The task of the impromptu project is to design smart city infrastructures for given locations in Aachen, which on the one hand enhance the cityscape and at the same time communicate the new functions that are only made possible by such infrastructures. The goal is to make the new added values of smart cities tangible for the population while shaping / further developing the character of the place.