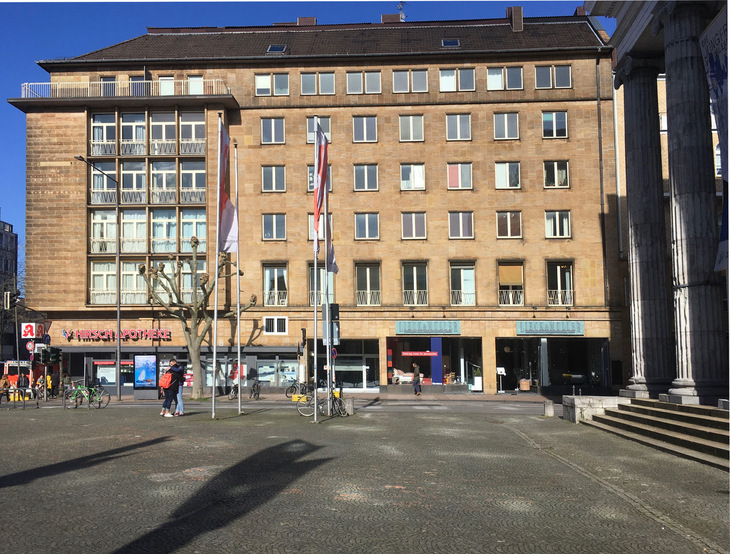 The Theaterplatz in Aachen currently presents itself as a square cut up by traffic, on which the city theatre stands like on an island. The intersection of the public space around the cultural solitaire slows down its effect on the square's perimeter. This de-contextualization is the reason for the lack of identity of the square and the surrounding quarter.

The city of Aachen therefore pursues the goal of developing an innovative and communicative public space from the square. To this end, from spring 2020 Theaterplatz will be the site of a real laboratory, where intervention, experimentation and installation will be allowed. Various events and measures are intended to turn Theaterplatz into the talk of the town, so that opinions can be formed and ideas for redesigning and revitalizing can be found.

The group GrenzWertig, initiated by Baukultur NRW, is committed to making architectural and urban development themes visible. It organises teaching formats, alternately at 5 different universities, in order to practise with students how to communicate their own work. In the summer semester 2020, we will venture an intervention within the framework of the GrenzWertig group to wake the theatre square from its slumber. We want to become active, involve others, ask for advice, implement, make visible and shake them up, in order to give people a new perspective on the Theaterplatz as part of the actions of the city of Aachen around and on the Theaterplatz.

So, are you good at stirring people up, do you have lively ideas and want to see the world from a completely different perspective? Then apply for a place to participate in the double-event "Platz für Theater" with important milestones from your CV and projects that convince us that we cannot do without your expertise in this intervention.

Updated dates can be viewed in RWTH online.