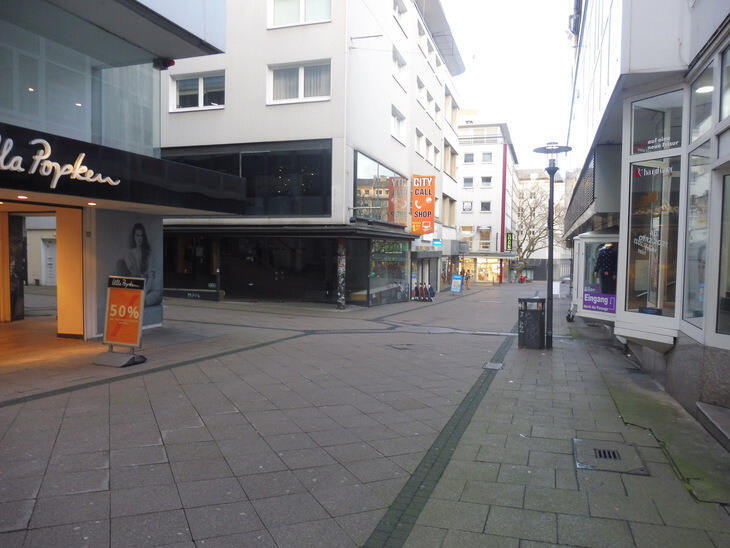 Inner city development in the negotiation process between culture and performance, building and open space, society and nature


To this day, the title “Essen – The Shopping City” is emblazoned in large letters above the Handelshof at the entrance to Essen’s city center. For a long time, one could do well here: shopping. However, the purchasing quality has been declining sharply for a long time. Accelerated by the corona pandemic, more and more shops are closing, large department stores in prominent locations in the city center have left behind large derelict buildings and even the Limbecker Platz shopping center, which was built to revitalize the pedestrian zone, is struggling with enormous vacancies. What to do?

The stationary retail trade, for which several kilometers of pedestrian zones have been set up across Germany, is losing customers. Above all, the owner-managed shops that give the centers an unmistakable character are dying out. In the meantime, even the large chain stores that dominate the shopping streets of German cities are moving away. For a long time, the discussion revolved around the question of how to help stationary retail, how to make people aware of the quality of this shopping again, how online shopping could be reduced or how stationary retail could benefit from the combination. But then the Covid 19 pandemic came and accelerated the dying of business again. Since then, the discussion has finally not only revolved around shopping. It was recognized that the inner city center would also be much more resilient if uses were possible here that guarantee intensive and varied use of the center over the course of the day and week, over the different seasons. Because the center has a special role in the urban structure, which not only spatially as a concentration, as a center can have special center-relevant functions. With its generous public space in the middle of the city, the center is equally available for the democratic negotiation processes of the entire city society. The open space of the center also has the competencies that the open spaces themselves are able to provide: It can also be a traffic route and place to stay, playground and sports field, ecosystem and natural space. In addition, its achievements are not only functional, the center also has a building culture relevance in terms of construction and space, which can show a cross-section of its history on behalf of the entire city.
The city of Essen is now desperately looking for another title. The proposal "Essen - Die Folkwangstadt" is to be decided in the short term in the council and initially implemented temporarily. A citizen's suggestion "Eat these" has received the most votes from the citizenry on social media so far.


The large availability of building space and the high proportion of public space in the inner city center of Essen offer excellent conditions for a fundamental transformation. But first of all it has to be defined: What should and must this inner-city center achieve in order to be able to survive in the long term? What do people and nature need for this center to contribute to a resilient, healthy, lively place for everyone? In step 1, these goals are defined in an open discussion between all participants. We are supported by experts on various topics that affect the city center. We will also spend a lot of time in Essen, discovering and researching to get a comprehensive picture. The city of Essen helps and with it.

In step 2.1 we will turn to the focus spaces proposed by the city of Essen. In groups consisting of a maximum of 4 students, the future use of the buildings and the open space should be developed. Half of the group represents the qualification of the public space and the building.

In step 2.2, which begins with a smooth transition to step 1, an overall inner-city concept is to be developed and successively updated with the findings from step 2.1. The consequences derived from the focus areas for traffic and the various types of traffic, the spatial development of the city center beyond the ring and the integration of important elements into the center are considered. Representatives of the focus rooms meet in committees on these sectoral topics to discuss and develop these topics.