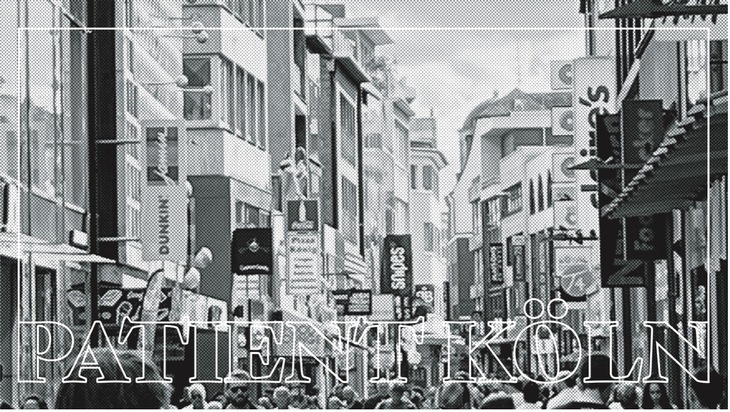 From market stalls to the internet, from self-service to online shopping:
the transformation from commerce to consumption in our cities changed greatly with the beginning of the 20th century, both in shopping behaviour, but also through the loss of the 'spatial reference space'.

While in the meantime consumption brought forth architectural fascinations and specific typologies such as department stores as temples of consumption or boutiques with a love of detail, even today, with colourful temporary displays, commerce transforms the most diverse squares into weekly markets or other festivities.

While the increasing construction of malls in the 2000s was long considered by critics to be a notable reason for the vacancy rate in pedestrian zones alongside online retailing, it seems that online retailing in particular, together with accelerated digitalisation - triggered by a worldwide pandemic - has exorcised the spirit of retailing:

While the online offer for customers is pluralising and the accessibility with memberships such as 'prime tariffs' is steadily increasing, the need for space and occupation of sales space such as shop premises is becoming smaller and smaller.

But even online retail, which now even meets short-term demand, could not prevent supply chain bottlenecks and shortages of goods in the Corona pandemic - despite sophisticated logistics. If the optimisation of consumption seemed to have reached its zenith, analogies of empty shop shelves and hoarding purchases to the Great Depression of 1920 cannot be avoided in states of emergency even today.

- Is it time, then, between housing shortages and vacant shops in the cities, to plead for a 'spatial' reconsideration of the retail trade and on what basis would this demand be based?

While Le Corbusier saw himself more as a surgeon who tore out the flesh of the patient 'city' in his visions, there are other less radical architectural attitudes besides the classical orthodox medicine analogy. For example, the goal of cautious urban renewal in medicine could be translated as homeopathy. To remain in the anatomical image: The resulting most diverse treatment methods are dedicated to disease patterns of the building culture, which were previously determined in an anamnesis and recorded on a patient's anamnesis sheet. It is therefore time to take stock, to take a medical history of patients with similar symptoms in order to be able to evaluate comparable disease patterns and stages as well as previous treatments.

In the real laboratory dental practice, 40 cities have already been included and the task now is to further develop the patient form, to put the findings up for discussion in public - in a curation - and to treat recognised clinical pictures directly on the open gums in the shopping streets of the cities on site in the sense of the "urban practice".

Using the example of the patient Cologne, the recording of the findings will now be detailed, a curatorial concept for a vacant space will be developed and ultimately spatial intervention will take place.