You Are Here: M2.2: Components of a New Town

M2.2: Components of a New Town 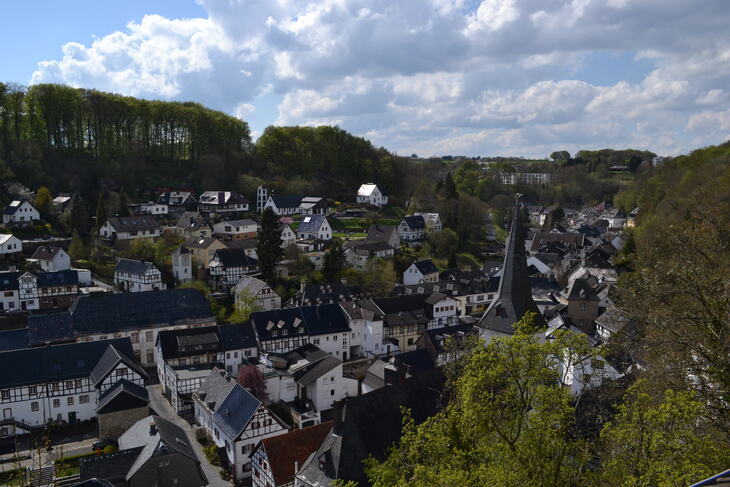 The task of the M2 project "Building blocks of a new city" is to develop and design scenarios for a new city foundation for approx. 150,000 - 200,000 inhabitants in the Rhineland district and the North Rhine-Westphalian Eifel, taking into account the current discussion on the "city of the future".

The following locations can be worked on optionally.

Blankenheim, Eifel: At the Blankenheim site in the Eifel, the focus is on dealing with the historic town centre, with Blankenheim Castle and on integrating the new structures into the special topographical situation and the landscape structures worthy of protection. The new city is to be a catalyst for new growth and at the same time an impetus for the entire region. A direct connection between Cologne and Blankenheim is to be incorporated into the design in the form of a new mobility concept.

Buir am Tagebau Hambach: With the recommended withdrawal of coal and the possible preservation of the remainder of the Hambach forest, the location offers many interesting starting points for the construction of a new city in the Rhineland district. The future Hambach Lake and the good motorway and railway connections with a stop represent enormous potential for an independent new city.

In terms of methodology, Project M2 is designed to last 2 semesters and consists of three parts that build on each other, which are accompanied by the supplementary modules on a topic-related basis. The first part focuses on the analysis of the locations and their well-founded evaluation. Supplementary Module 2 will be launched parallel to this. The examination of different city typologies should help to gain a deeper understanding of city models. At the same time, the guiding idea and the programme of the new city are to be developed. To this end, a kind of spatial or urban programme is to be proposed. The new cities should be given a high degree of autonomy and not only serve as relief cities for the neighbouring conurbations. This means that they must fulfil all the functions of a fully-fledged city in addition to a unique urban idea. The second conceptual design part deals with the formulation of the urban structure and distribution of use as well as their functional linkage.

Accompanied by supplementary module 3, the following level of the city must be considered and integrated:

In the third part, central areas will be deepened on a scale of 1:1000.

further dates will be announced...

Supervisions are after personal arrangement every thursday between 14:00 - 16:00 in the chair of urban desgin