You Are Here: 12 May I Dr. Almuth Schauber I Anika Schroeder

12 May I Dr. Almuth Schauber I Anika Schroeder 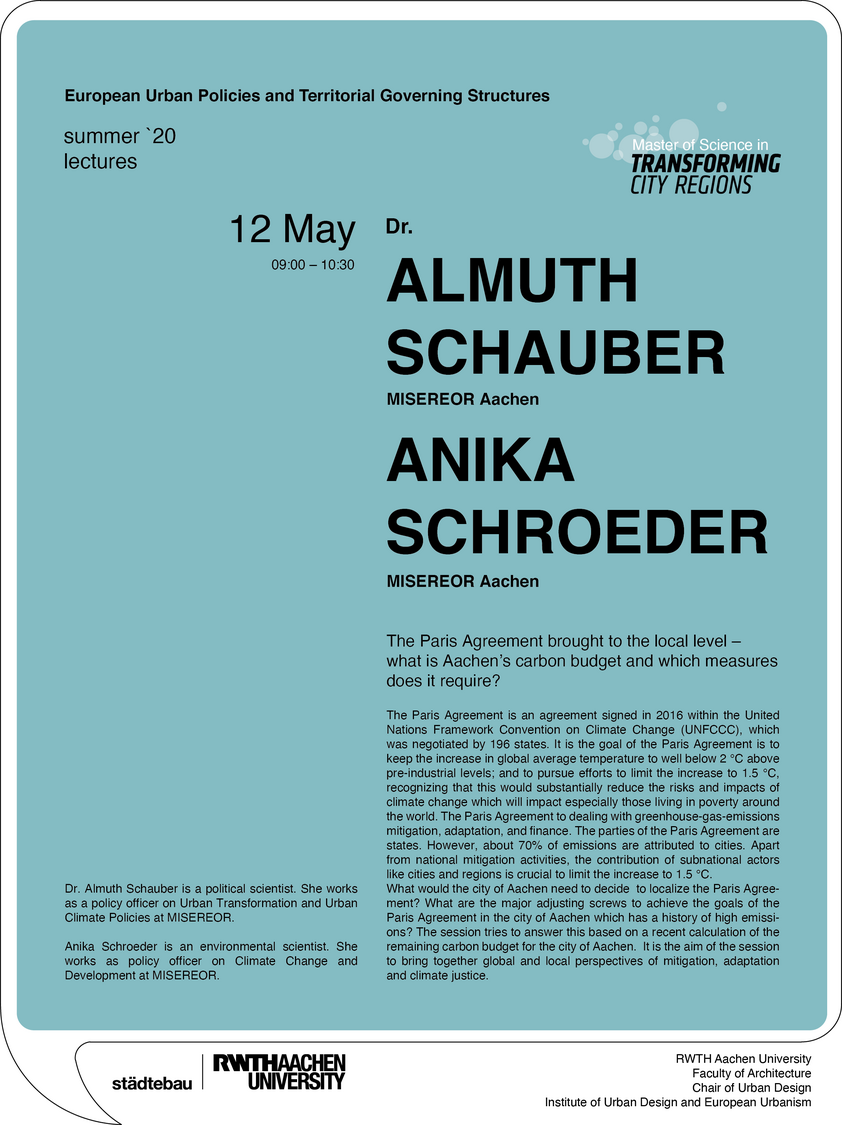 ‘The Paris Agreement brought to the local level –
what is Aachen’s carbon budget and which measures does it require?’

The Paris Agreement is an agreement signed in 2016 within the United Nations Framework Convention on Climate Change (UNFCCC), which was negotiated by 196 states. It is the goal of the Paris Agreement is to keep the increase in global average temperature to well below 2 °C above pre-industrial levels; and to pursue efforts to limit the increase to 1.5 °C, recognizing that this would substantially reduce the risks and impacts of climate change which will impact especially those living in poverty around the world. The Paris Agreement to dealing with greenhouse-gas-emissions mitigation, adaptation, and finance. The parties of the Paris Agreement are states. However, about 70% of emissions are attributed to cities. Apart from national mitigation activities, the contribution of subnational actors like cities and regions is crucial to limit the increase to 1.5 °C.
What would the city of Aachen need to decide to localize the Paris Agreement? What are the major adjusting screws to achieve the goals of the Paris Agreement in the city of Aachen which has a history of high emissions? The session tries to answer this based on a recent calculation of the remaining carbon budget for the city of Aachen. It is the aim of the session to bring together global and local perspectives of mitigation, adaptation and climate justice.

Dr. Almuth Schauber is a political scientist. She works as a policy officer on Urban Transformation and Urban Climate Policies at MISEREOR.

Anika Schroeder is an environmental scientist. She works as policy officer on Climate Change and Development at MISEREOR.