Speculating with the future - this is where Christa Reicher sees the task of urban planning.It was a time when beauty and creativity had to take a back seat to pragmatic considerations. 75 years ago, shortly after the end of the Second World War, large parts of Germany and the region lay in ruins. The years of bombing had made no distinction between large cities or rural communities; the city of Aachen was two-thirds destroyed. There was a dramatic shortage of housing, emergency shelters were often the only way out for the homeless. "In the post-war era, it was a matter of quickly putting a roof over people's heads, combined with the necessary transport infrastructure," says Christa Reicher. The professor, urban planner and architect heads the Chair and Institute for Urban Planning at RWTH Aachen University and has been working for many years on the "supreme discipline", as she calls urban planning in the canon from architecture to geography. 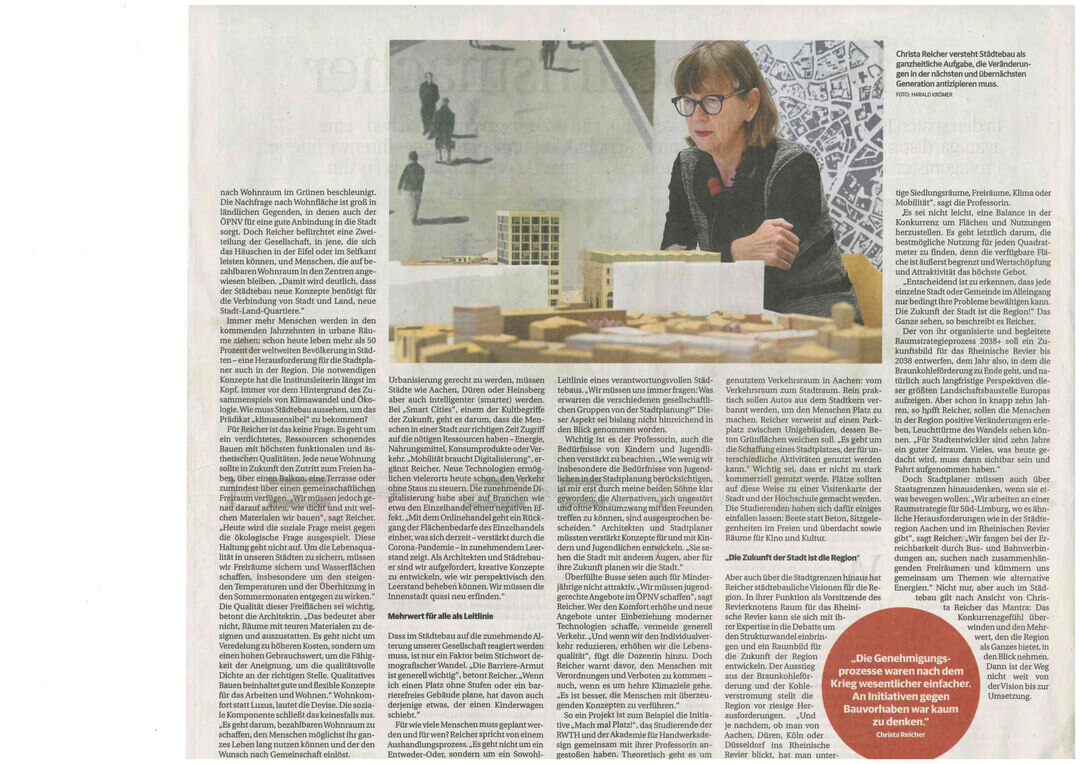