Due to the recommendations of the health authorities, REAL CORP 2020 has to be postponed. We are looking forward to welcoming you to the new date from September 15th to September 18th 2020 in Aachen. 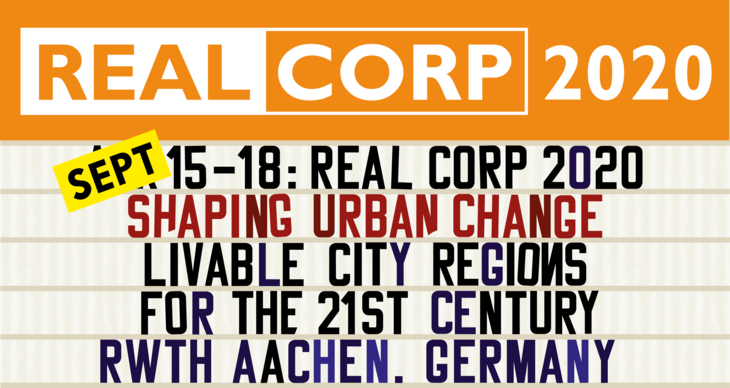